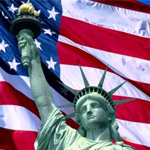 In recent Resorts Casino Hotel’s management agreement update, it reported that the New Jersey Casino Control Commission (NJCCC) will be allowing the Mohegan Tribal Gaming Authority (MTGA) to invest in the Resort’s online gambling operations. This agreement, however, will limit the tribe’s brick and mortar ownership in the Resort’s Atlantic City property, to its original 10%, and also cancels an previous provision that could have increased their investments to 25%.

The Mohegan Tribe, operating through their MTGA management company, came aboard with the AC’s Resorts Casino Hotel during 2012 when Morris Bailey as an investor lost his operations partner – the highly respected casino executive, Dennis Gomes. MTGA agreed to the management of the Resorts’ day-to-day operations, in exchange for a 10% ownership stake, subject to NJCCC review, and approval. NJCCC’s chairman Matthew Levinson, in a recent statement, spoke of the value the MTGA brought with new visitors to Resorts Casino Hotel specifically, as well as Atlantic City in general.

During 1994 The Mohegan received recognition by Federal as a sovereign nation. The MTGA was then established during 1995, and with an solid investment from the modern casino-resorts visionary, Sol Kerzner, built their premier destination, The Mohegan Sun, in Connecticut. The tribe then expanded their casino operations into Pennsylvania, with an acquisition during 2005 of The Mohegan Sun Pocono, thus they provided gaming access to the residents of Delaware, New Jersey and New York. The MTGA’s expansion into Atlantic City casino’s operations provided the Mohegan tribe-owned properties, the ability to be able to diversify into online gaming.

The NJ Legislature, in an effort to salvage gambling sourced revenue, approved a 10 year trial for online casino gaming late in 2013, but they limited all operations to the Atlantic City casino websites only. Resorts Casino saw this potential, and opened the US’s first internet gambling lounge, in April of this year on resortscasino.com, therefore, allowing thousands of casino guests to obtain first hand experience of online gaming on the casino floor. By using the Resort’s NJ online license, the Mohegan Tribe were able to launch the MoheganSunCasino.com.

Just recently the New Jerseys Division of Gaming Enforcement gave approval to Amaya’s PokerStars online operations, and their Resorts Digital Gaming. The Resort Casino’s igaming arm has announced a partnership with the PokerStars brand, and have plans for PokerStars to be their exclusive online poker website. Resort Casino is also to build a PokerStars themed poker room in the casino itself this will be an extension of the i-gaming lounge.

It’s not know how much MTGA will be investing in Resort Casino’s i-gaming, however, the NJCCC management agreement has provided the Mohegan Tribe with oversight over a selection of games and the configuration of the gaming floor. This new agreement, that includes the i-gaming investment provision, is approved through to 2019.

The MTGA has also signed a management agreement this time with the Cowlitz tribe, Western Washington, plus they have finalized a concept agreement for the world-class gateway casino resort which is inter-connected with the S. Korea’s Incheon Airport and is called Inspire Integrated Resort.